Discover 12 of the Most Innovative Timepieces of 2018

Swiss watchmakers have spent a full decade refining their classic models. In 2018, the Best of the Best timepieces are those that have broken through this paradigm with creativity. This year Bulgari imbued its Octo Finissimo luxury watches—simple and complicated—with a new aesthetic that may be the most striking thing they have ever done for men. On the women’s side, Van Cleef and Arpels did what no other company does—use complicated watchmaking in a completely original way to charm everyone who sees the watch. Both companies made huge bets on creativity.

Fabrizio Buonamassa Stigliani leans back slightly in his chair and grins, his satisfaction just evident behind his reddish beard. “We know what we have,” says the director of Bulgari’s Watches Design Center, referring to what is probably the rarest commodity in the watch industry: a design strong enough to make even jaded watch collectors take notice and one upon which the brand can trade for years or even decades to come.

Bulgari released no fewer than five references of the Octo Finissimo so far this year, each brimming with different measures of bravado and technical fortitude. The headliner of these latest models, which first debuted in March at Baselworld, is undoubtedly the Automatic Tourbillon, a drool-worthy, openwork beauty that is the latest salvo in the ongoing battle between Bulgari and Piaget for world records in ultrathin watchmaking.

Richard Mille has devised a perfect way of demonstrating his notions of extreme performance by designing an openwork tourbillon caliber capable of withstanding the brutal shocks subjected on champion polo player Pablo Mac Donough. Unlike the brand’s first Mac Donough watch, which showcased an “armored” titanium carbide case with small ports for the time display, the RM 53-01 looks like most Richard Mille timepieces except for a tensioned cable-suspension system that protects the movement from as much as 5,000 gs of shock. Less apparent than that elaborate construction is a laminated sapphire crystal that may crack but will not shatter. Think “safety glass” for the wrist. ($900,000)

See also: Everything You Need To Know About Filigree Jewelry Case by Boca do Lobo

Few watchmakers are able to play with dimensionality the way that Greubel Forsey has with its latest GMT Earth model, an initial limited-edition series of 33 pieces in white gold. Though equipped with a mechanism similar to the brand’s original GMT movement, the watch features a complete architectural redesign. A pair of thick, elaborately constructed sapphire crystals and a window on the side of the case show not only the full three-dimensional globe but also the frosted surfaces and the many instances of perfectly executed black polishing. ($680,000) While its name suggests a performance increase over the now-famous Double Split rattrapante chronograph of 2004, the new A. Lange & Söhne Triple Split surpasses its predecessor by orders of magnitude. The addition of a third splitting counter on the hours subdial enables the luxury timepieces to record intermediate times or two simultaneous events for up to 12 hours—far exceeding the length of its predecessor or any other chronograph of its type. The movement has been largely redesigned to accommodate the new counter and a larger barrel with 55 hours of power reserve, but it remains a magnificently finished forest of complexity. ($147,200)

The latest entry in F.P. Journe’s LineSport collection, the Chronographe Monopoussoir Rattrapante emphasizes elegant design with the addition of a multilevel dial, a scaled bezel, and case options in red gold, platinum, and titanium. The strongest feature is the rattrapante chronograph movement, modified from the one-of-a-kind piece that the brand’s founder and head watchmaker, François-Paul Journe, produced for 2017’s Only Watch auction. Rather than putting his idiosyncratic twist on the complication’s function, Journe seems to have preferred emulating some of the fondly remembered chronograph movements of the past in the looping levers and flowing bridges seen on this caliber. (from $61,100)

Patek Philippe has added a multitude of complications to its prized minute repeaters over the years, but it was the recent addition of a world-time function that precipitated the most substantial revision of the brand’s automatic repeater caliber in a quarter century. Changing the home time on the Reference 5531R—now available in the company’s regular but very limited production of repeaters—interfaces directly with a movable hour snail in the mechanism, which keeps the repeater function in sync with the local time rather than the home time. A new gong arrangement attached directly to the case chimes the hour, quarters, and minutes in a slightly different but equally pleasing tone from previous models. (approximately $500,000)

It is unusual for a watch company to offer a high-level complication—especially one originally designed for men—to its female clientele. In the case of the Lady Arpels Planétarium from Van Cleef & Arpels, the miniaturized, astronomically correct solar system in precious stones and aventurine is probably even more effective for women because of its delicate proportions and coloration.

Created in collaboration with Dutch watchmaker Christiaan van der Klaauw, who is renowned for his expertise in astronomical timepieces, the complication illustrates the sun (in pink gold) and its closest planets—Mercury (pink mother-of-pearl), Venus (green enamel), and Earth (turquoise)—as well as Earth’s natural satellite, the moon (diamond). Each celestial body has been carefully calibrated to rotate around the sun at its real-life speed, meaning that Mercury orbits in 88 days, Venus in 224 days, and Earth in 365 days. Additionally, the moon is set to orbit around Earth every 29.5 days.

In keeping with the premise of the original Chanel Boy.Friend watch, the new Boy. Friend Calibre 3 is a timepiece that could be coveted by anyone. With a 37 × 28 mm footprint, the Calibre 3 is proportioned like a vintage men’s wristwatch, making it stand out on a woman’s wrist in what Chanel describes as “beige” gold alloy with or without diamonds. Shaped like the brand’s Première models, the case frames the black-coated, classically laid-out skeleton movement. It is the company’s third in-house movement made with the help of Vallée de Joux watchmaker Romain Gauthier, in which the parts are set in intersecting circles that resemble the Chanel logo. (from $40,600)

The bold watches from Geneva-based jeweler De Grisogono are often released in both men’s and women’s versions. The geometric bracelet and stepped lugs on the latest design in the brand’s New Retro Women collection are perfectly suited to the Art Deco-inspired watch’s full baguette setting. The real star is the gently curved dial—an ideal canvas for the invisible setting, which includes the inside of the circular chapter ring where the stones must be perfectly tapered. ($506,100)

For its L.U.C XP Esprit de Fleurier Peony—an eight-piece limited edition with a delicate floral motif—Chopard relied on traditional crafts, including the paper-cutting art known as Scherenschnitte, to create the pattern. The floral peony motif comes from China, where the flower’s fleeting springtime blooms symbolize prosperity and honor. Chopard captured their beauty not only on the dial but also on the 18-karat rose-gold movement bridges seen through the case back, thanks to an intricate engraving technique called Fleurisanne, which is native to the Fleurier home of Chopard’s manufacture.

Just a handful of minute repeaters are not only expressly designed for women but also emblematic of the broad artistic license that is needed to make the most of this most romantic of complications. Bulgari’s Diva Finissima Minute Repeater is one of the few, exuding a playful personality with snow-set diamonds on the lugs and a flared articulated “charm” that pulls the repeater slide.

The watch also incorporates such artisanal touches as an elaborately lacquered dial in the Japanese urushi style that befits a complication of this order. Thanks to Bulgari’s modern yet compact repeater movement, the sound is all it should be in a rare and exquisite timepiece like this.

During the near-decade in which Sandrine Stern has been designing women’s complicated watches for Patek Philippe, the company’s head of creation has shown herself to be a master at subtly modifying long-standing company motifs for completely feminine results. The latest Reference 7150/250R chronograph may be her most successful to date. Features like the sapphire “box” crystals, Breguet numerals, and pulsometric scale are ingredients a vintage-watch collector would love. Yet the subtle tweaks in coloration, typography, and of course diamonds leave no doubt about the timepiece’s glamorous identity. ($83,918) 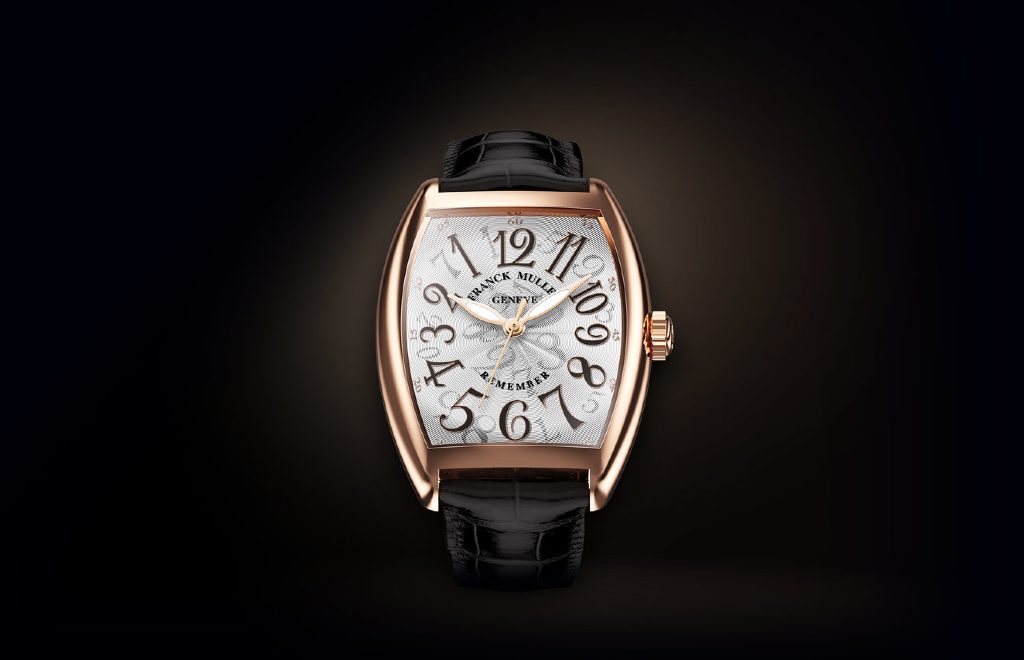 Timepieces
Symbols Of Art And Emotion: The Most Iconic Watches By Bovet